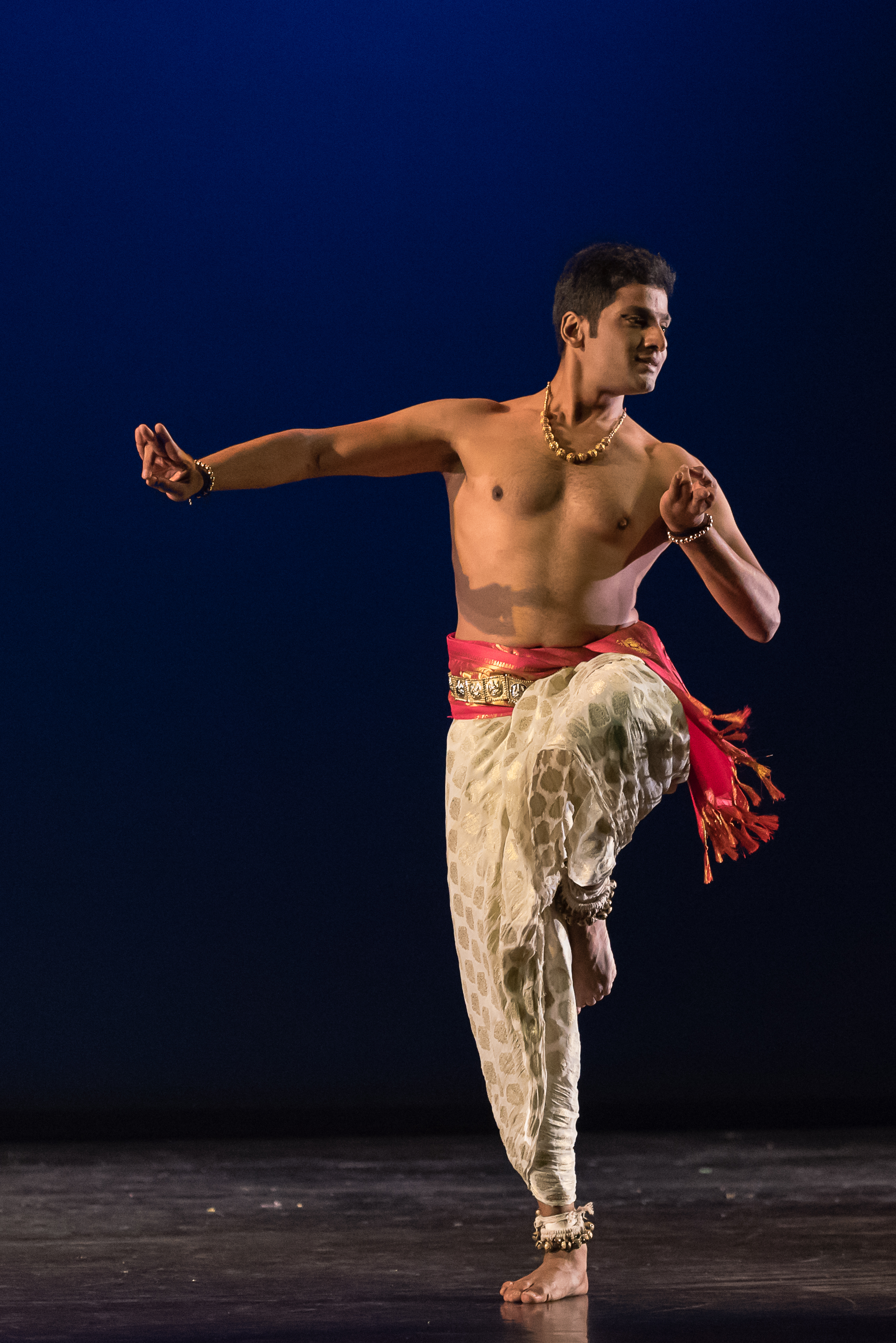 Unnath Hassan Rathnaraju (Guest Dancer) is one of the most acclaimed Bharatanatyam dancers of his generation.  Hailing from Hassan, India, he is a disciple of Vidushi Ambale Rajeshwari, a post-graduate in both Dance and English Literature, a professional graduate in Dance from the Karnataka State Board, and an ‘A’ Grade artist on Indian public television.  His awards include Natraj Gopi Krishna Samman from Mumbai and Best Season Performer in Pune. He has directed and choreographed repertory in Bharatanatyam, specializing in the Mysore school, and folk styles. He is the Principal and Artistic Director of Natyakala Nivas, serves as a Managing Director for Rathnakala Padma Kuteera Trust, and is a member of Prayathnam, based in Chennai.  He leads his own dance center in Hassan.  He participated in the creation of SHAKTI:  A Return to the Source with Battery Dance and performed in New York, Dallas, Houston, Fort Wayne, Dhaka, Colombo, Kandy and on the Company’s 2018 India Tour of five cities sponsored by the ICCR and U.S. Embassy.