09 May 2020, Posted by Emad Salem in Uncategorized 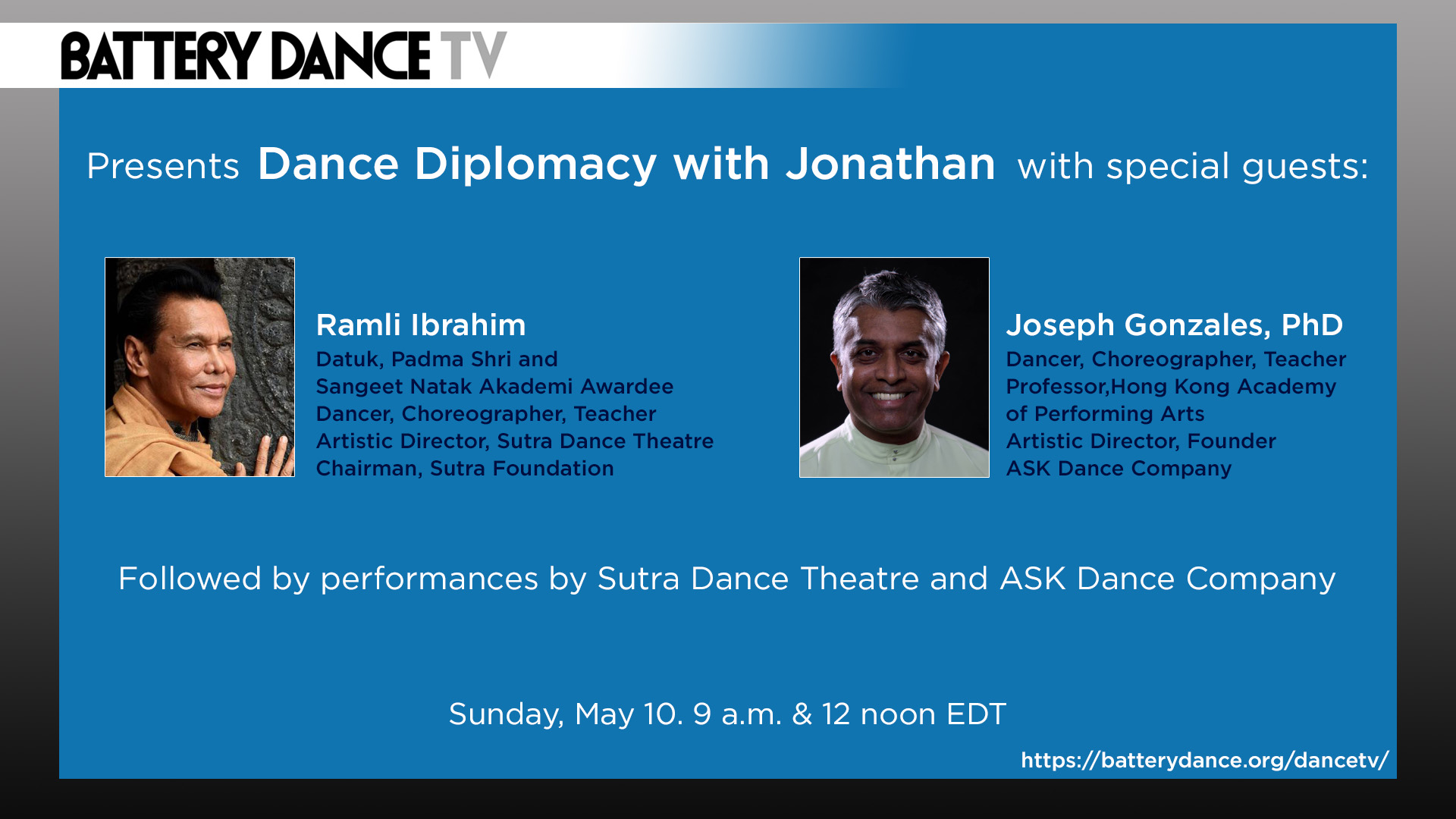 The conversation on Sunday, May 10 brings viewers to the Far East, where two iconic figures in the world of dance opine on the past, present and future of their field with the perspectives of the coronavirus quarantine in Malaysia and the lockdown that followed on the heels of the “Umbrella Movement” protests in Hong Kong.

Hollander reconnects with Ramli Ibrahim of Sutra Dance Theatre and Joseph Gonzales, formerly head of dance at ASWARA, the national arts academy of Malaysia, and now a leader at the acclaimed Hong Kong Academy of Performing Arts, after having worked with them on several occasions during his tenure as a Fulbright awardee and with grants from the U.S. Embassy and U.S. Department of State.  What derives from their exchange is the inextinguishable passion for dance of these two charismatic Malaysians despite the different paths they have taken in their long and illustrious careers.

Following the conversation will be performances by two Malaysian dance companies – ASK Dance Company and Sutra Dance Theatre.  Later the same day, at 2 p.m. and 4 p.m. respectively, a Malaysian folk dance class and a solo performance by Rathimalar Govindarajoo will be featured.