This Week on Artist & International Dance (7/19) 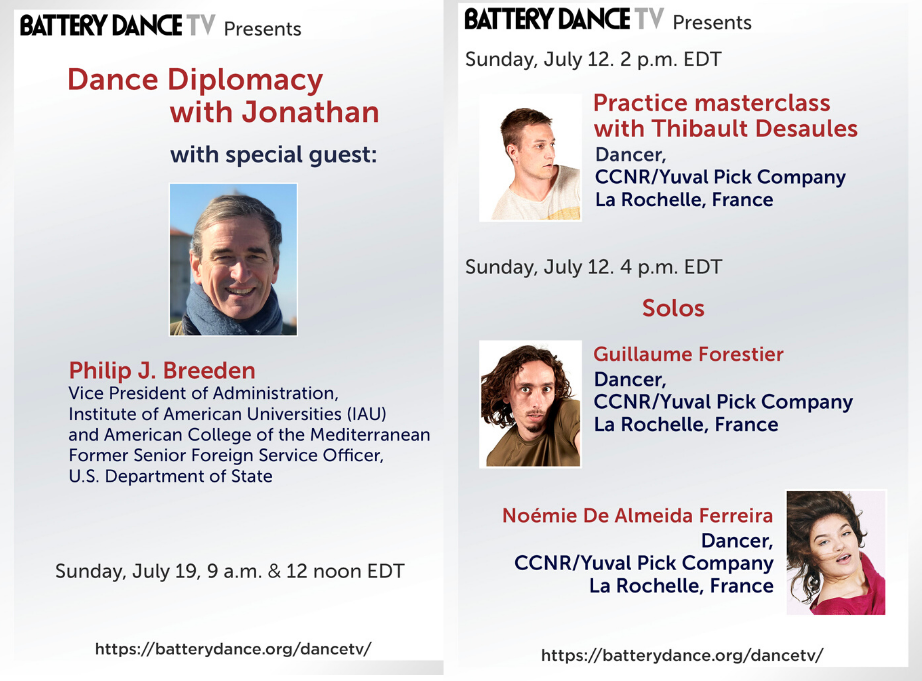 This week, Jonathan interviews Philip Breeden, Retired Senior Foreign Service Officer, U.S. Department of State, currently serving as Vice President of Administration at Institute for American Universities (IAU) and American College of the Mediterranean in Aix-en-Provence, France with a branch in Barcelona, Spain. Only on Battery Dance TV at 9 a.m. and 12 noon EDT on Sunday, July 19th.

“Phil’s U.S. foreign service experience in Tunisia and France and his current work in the field of international higher education give scope for a wide-ranging conversation about the ways in which Americans and their international counterparts learn from each other. With his characteristic humility and down-to-Earth style, he exemplifies the best in American diplomacy in its institutional, government and citizen forms,” said Mr. Hollander.

In the afternoon, take a contemporary dance class at 2 p.m. with Thibault Desaules, a dancer from the CCNR/Yuval Pick Company hailing from France.