An artist may feel a sense of completion when the last dab of paint dries and the canvas is framed and hanging on the wall of a gallery. Composers likely feel the same way when the final chords are penned, the orchestra brings the music to life and a recording is made. However, dance is a different matter. Each performance of a piece of choreography may elicit new responses from audiences in different parts of the world; and when cast changes occur, the choreographer may discover new meaning in the physicalization of the old steps as embodied by a new dancer. For this reason, no recording has ever been made that captures the fullest essence and dimension of a dance production and thus it is only those who see a work live who can ‘know’ it.

During the 10th tour of India by Battery Dance, I experienced a phenomenal wave of appreciation across the width and breadth of the Subcontinent exceeding anything expected. This was especially surprising since the artistic anchor of our program, SHAKTI: A Return to the Source, had already been seen in India two years earlier. The glowing reviews, huge color photos and features that appeared in the media in 2018 and the overflow audiences that had filled big halls were, amazingly, eclipsed this time. 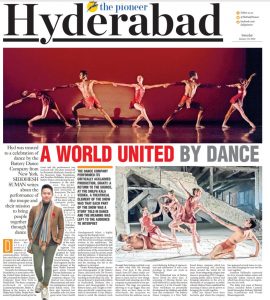 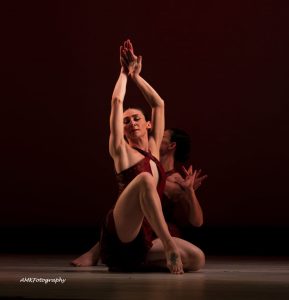 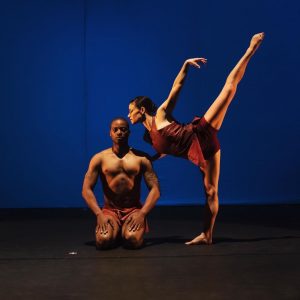 What accounts for this blossoming 5 years after SHAKTI was completed? Did that come from the production’s having been ‘lived in’ and settled to its richest flavor like wine? Had audiences changed in the two years since we toured the piece previously? Can audiences in India ‘own’ the piece in a way that others who are unfamiliar with the music, dance and themes upon which the work is based cannot?

The answer to this question is unknowable, but perhaps the coincidence of a social movement played a role as suggested by The Hindu Hyderabad’s cultural critic Neeraja Murthy, ‘In the times of #MeToo movement where more women are stepping forward and getting their voices heard, Shakti – A Return to the Source staged at Shilpakala Vedika (presented by Monsoon Raga Foundation in association with the U.S. embassy) was apt and relevant.’

In our first performance on December 29th, the dancers hit their stride despite jet lag on Ahmedabad’s coldest evening of the month in the outdoor Natarani amphitheater and with a bird leg falling into the wings following a hawk attack. Veteran dance critic Dr. S.D. Desai wrote in his Nartaki review: ‘Shakti: A return to the Source’ is unparalleled in its conception and presentation. He went on to say, ‘(Shakti) holds significance to the young generation of artists and art lovers of Ahmedabad and elsewhere for a number of reasons. The foremost is a combination of Hollander’s brain and heart, the Gangotri (the mouth of the Ganges River) of unifying creative ideas in art.

Subsequent performances in Vadodara, Lucknow, Hassan, Hyderabad and Mumbai only served to reinforce our feeling that audiences felt a special kinship with this work. Outpourings of appreciation came in the forms of standing ovations, floral bouquets and shawls bestowed at the curtain calls; but also through emotional displays by audience members, one of whom said that for her, the bodies disappeared on stage and only the souls were seen.

Thank you India for the rare encouragement and love for which our gratitude is overflowing.

canvas is framed and hanging on the wall of a gallery. Composers likely feel the same way when the final