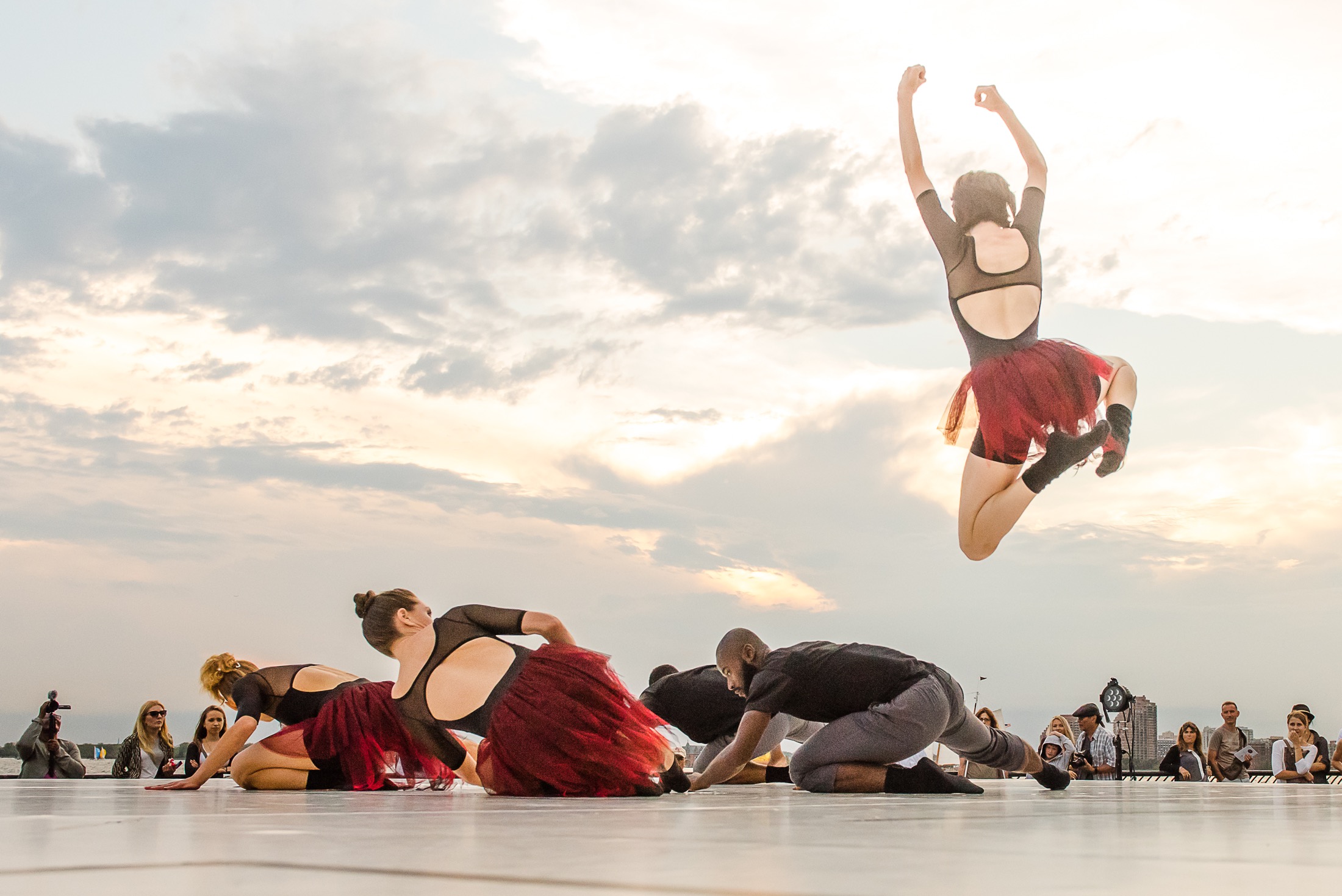 Battery Dance will perform for the first time at the Jamaica Dance Festival in Queens, New York City, closing the Festival’s program. A diverse program will be presented for free to audiences, including a world premiere work.

Created for the 38th Annual Battery Dance Festival, Iron Dove explores the power dynamics between a man and a woman, crafted in the language of contemporary dance infused with the ballroom vocabulary that Romanian dancer/choreographer Razvan Stoian mastered as a teenage ballroom champion.

On the brink of leaving for Nigeria on a US State Department Tour, Battery Dance was halted in its tracks like all performing arts organizations by the pandemic.  Icarus would have been premiered in Abuja in March, 2020, but instead, it took the stage for the first time in August of that year at the 39th Annual Battery Dance Festival, filmed live on stage without an audience.  This performance at the Jamaica Dance Festival is therefore the first presentation of the work in front of a live audience!  Challenged with the need to enlarge Iron Dove for a cast of 4, Stoian instead manipulated and expanded the choreography to Piazzola’s catchy tango score, creating a work with its own distinctive character.

A miniature tribute to the exotic Peruvian diva Yma Sumac, the toast of audiences ranging from Hollywood to Soviet opera houses who were entranced by her remarkable vocal range and glamorous appearance.  The Company thanks the New York – based artist Jaime Vasquez, Sumac’s nephew, for the inspiration to celebrate his aunt!

Created on commission by Battery Dance following its national tour of South Africa, Observatory is named for the Cape Town neighborhood where Theo Ndindwa resides with his wife and creative partner Tanya Arshamian.  Its movement sensibility comes from the work they have done with iKapa Dance Theatre, founded in 2007, transferred to and inspired by the Battery Dancers during a residency following Ndindwa’s tenure as a Mandela Fellow in the U.S., a position for which he was nominated by Jonathan Hollander.