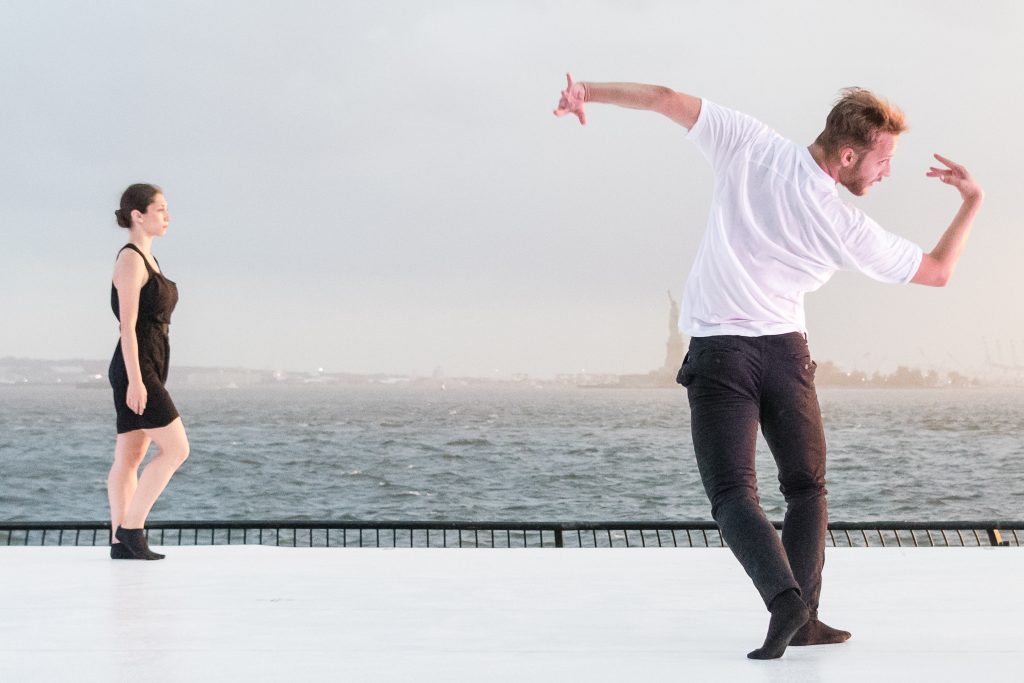 Razvan Stoian hails from Constanta, Romania and graduated from the Caragiale Academy of Theatrical Arts and Cinematography winning the “Best Choreography” and “Best Interpretation” awards. He has danced internationally for Tangaj Dance Company including appearances at the Battery Dance Festival in New York in 2014, and collaborated with Battery Dancers in Romania the same year. He presented his own choreography at the 2016 Battery Dance Festival and subsequently joined the company. He has also performed with Gigi Caciuleanu Romania Dance Company at Sadler’s Wells Theatre in London; and is a champion ballroom dancer, winning competitions in Austria, Bulgaria, Italy, Romania, Turkey and elsewhere. He has performed with Battery Dance in Sri Lanka and South Korea.