Hate crimes have surged in the U.S. fueled by attacks against Muslims. In the words of Artistic Director, Jonathan Hollander, “There’s a new level of urgency to reach out beyond our own enclaves and to listen, observe, learn and create together.”

In response, Battery Dance Company has developed Combating Islamophobia Through Spoken Word and Dance. Why dance and spoken word? Dance is a visceral experience that connects people as fellow humans regardless of religion, ethnicity or color, allowing audiences to identify on a primal level with “the other”. Spoken word or story telling situates the participants in a zone far away, allowing them to cut through headlines and numbing media reports to understand perspectives wildly different from their own, in a deeply personal way.  By creating these connections and engaging in thoughtful dialogue, we hope to create moments of memory that will fill gaps in understanding.

The program combines the dance talent of Hussein Smko with the wisdom and erudition of speaker Ahmed Abdulmajeed both from Iraq (see bios below). The program includes interwoven dance by Hussein and storyies told by Ahmed. After the performance, ample time is allocated for interaction and reflection with audience members. It is our hope that through spoken word and dance, presented by two very admirable and inspiring Iraqis, we will remind our audience of the talent and beauty that grows in the Middle East and create a sense of fellowship and common humanity that is too often painted over by the fear generated by terrorist acts and extremism.

With the generous support of The Shelley & Donald Rubin Foundation, this program launched in November 2017 with a series of engagements in universities and institutions in the U.S. If interested, please contact Jonathan Hollander.

The program will bring Middle Eastern Muslim dancers from conflict zones to New York City where they will re-establish their lives and receive advanced dance training from Battery Dance Company. This new dance company will partner with writers to create a spoken word and dance program that will be performed at institutions nationwide to expose audiences to the richness of their cultures and combat the preconceived notions of “the other” that cause Islamophobia. Artists and audience will then participate in a workshop to engage with each other building on the experience of the performance in a more intimate setting, engendering personal contact and deepening trust and understanding. 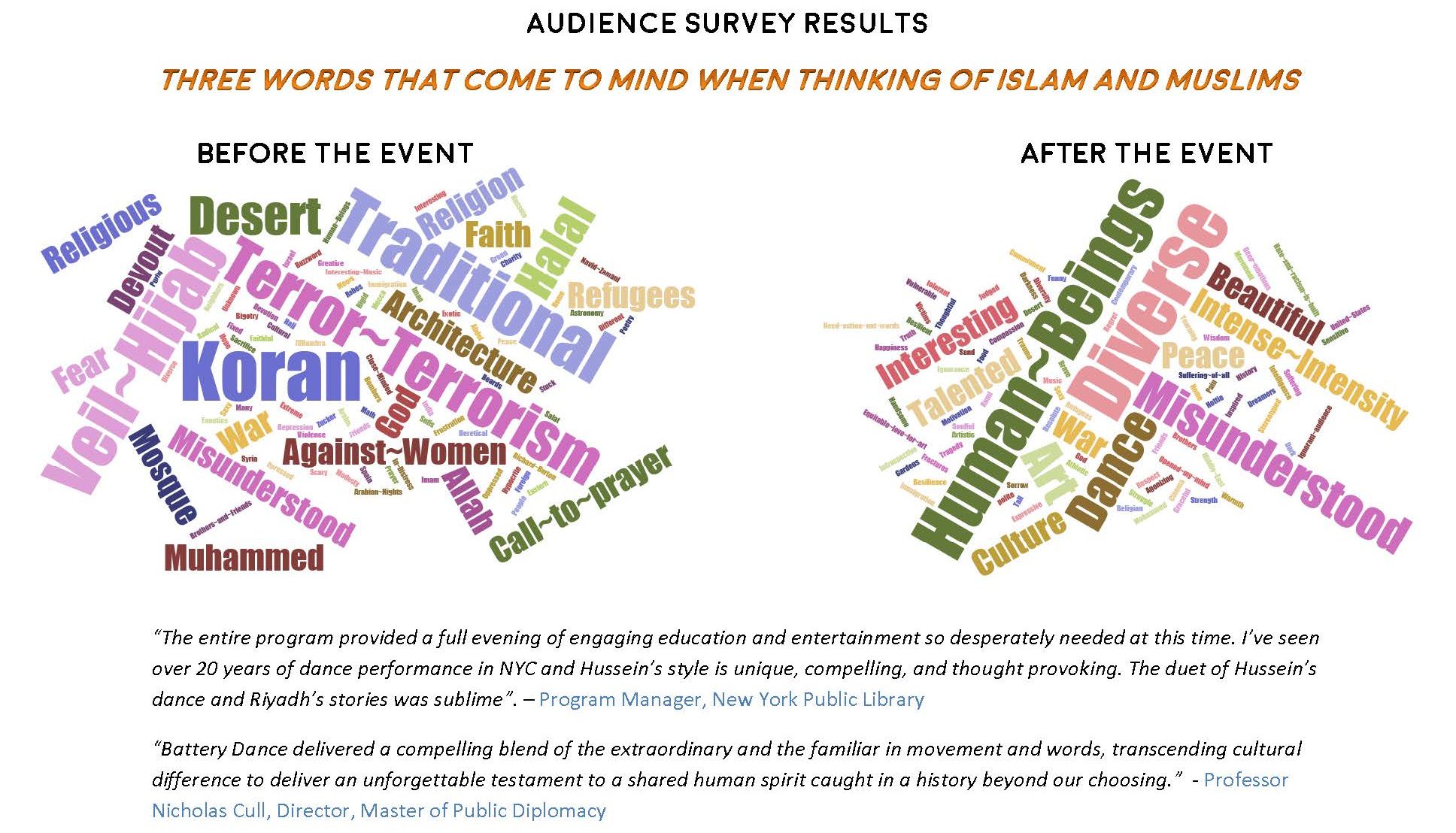 The program memorializes Adel Euro, a young and inspiring dancer from Iraq whose life was tragically cut short when he was killed by a suicide bomb on July 3, 2016.

Battery Dance had mentored and trained Adel online through Skype, had performed with him in Amman, Jordan, and was working to bring Adel to New York City to provide him with the ability to pursue his passion.

For us, Adel represents the hope and determination of all people no matter their religion, race or ethnicity, to overcome the odds to live normal and fulfilling lives. In championing his legacy, we hope to inspire American audiences to challenge their preconceived notions of Muslims and embrace our common humanity.

In Adel’s honor and memoriam,  the dancers who participate in this program will be known as Adel Euro Fellows. 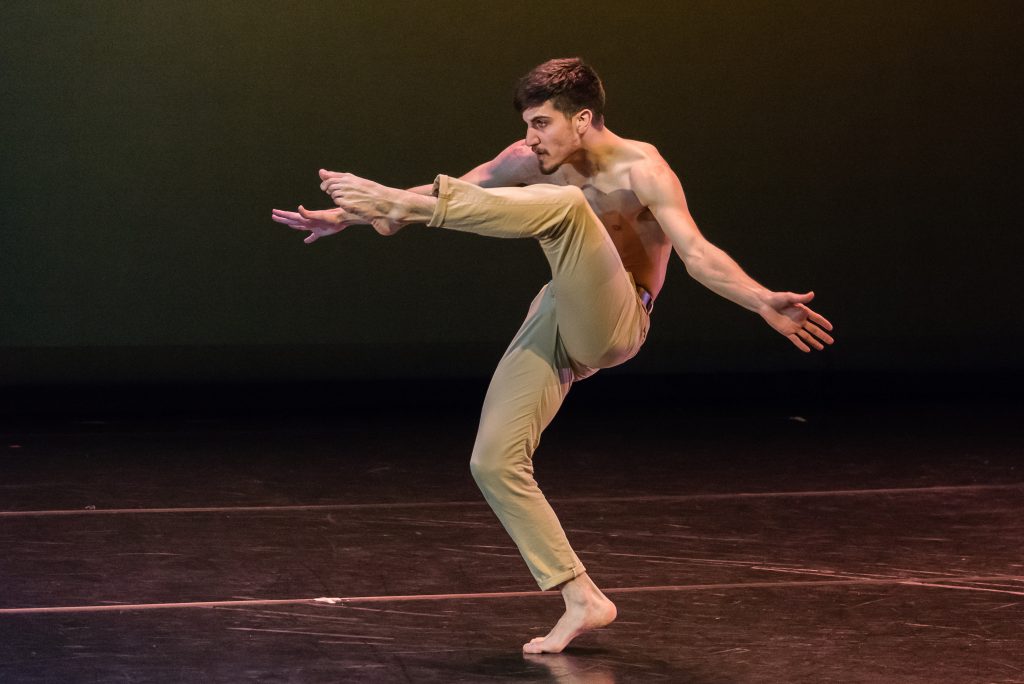 Hussein Smko’s journey with dancing started when he was nine years old. He learned hip-hop coached by an American soldier stationed in the Kurdish city of Erbil, northern Iraq, in 2003. Two years later, he started dancing publicly in parks and malls in Erbil. Over the years, Hussein taught himself break dancing, house, capoeira, theater dance, martial arts and gymnastics, all without formal dance school education.  His American journey continued when he attended the American International High School in Kurdistan, Iraq. In 2011, he met Adel Euro, a fast-rising Iraqi rapper and dancer, and quickly they became friends, training together in several venues in Iraq. In 2013, Hussein was chosen by American Voices to dance in six American States in a program sponsored by the American Embassy in Iraq. Once in the States, Hussein met and married his American wife, and returned with her to Erbil. Wishing to further his training and career in dance, and stymied by the lack of opportunity and hostility in Iraq, Hussein reached out to Jonathan Hollander, Artistic Director of Battery Dance, through Facebook in 2015. As was the pattern with Adel Euro, Hollander offered Hussein the opportunity of remote training with his New York dance company members using Skype.  As Battery Dance celebrated the late Adel Euro who was a victim of the tragic Baghdad car bombing of July 3, 2016, by designating a fellowship in his name, Hussein became the first recipient of that fellowship in 2017. Hussein has since danced (with two other American asylees from Iraq) at the opening of the 35th Annual Battery Dance Festival in lower Manhattan and taught in New York City and Indiana public schools. Ahmed Abdulmajeed is an Iraqi refugee currently based in Houston, Texas. In Iraq, Ahmed was an emergency room surgeon in wartime Baghdad until his life became threatened. In 2010, Ahmed fled for Amman, Jordan where he continued serving as a physician and where he was able to take his first dance class. In 2012 Ahmed was granted asylum to the United States and has since served professionally as an interpreter and translator. In Texas, dance and storytelling have become cornerstones of his life. Ahmed regularly organizes dance benefits and Tango marathons for refugee communities in Houston, and has travelled throughout Texas sharing his story in public engagements. Ahmed volunteers for Partnership for the Advancement & Immersion of Refugees (PAIR) in Houston and founded Milonga Mi Refugio – Tango for Charity.